The following new features will be released within an update (v8.0.0.9) to all PlanGuru users in January 2019.

Days in Period Autofill - Periods will be autofilled for historical/ actual data based on the appropriate selections.

Imports: Select All Historical Periods Checkbox - An ease-of-use feature, and something users have asked for for quite a long time, we have added a checkbox to the import to automatically select all historical periods rather than having to check off each one. 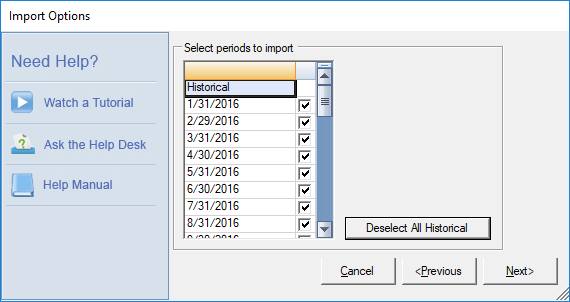 Trends and Averages - "Historical Trend" will now become "Trends & Averages", which will include two annual, and two monthly options. The functionality has been expanded to allow for the use of averages as well as trends now.

Separator Lines in NF Groups - You will now be able to add a separator to help organize your non-financial grouping of items. (Coming later in Q1) 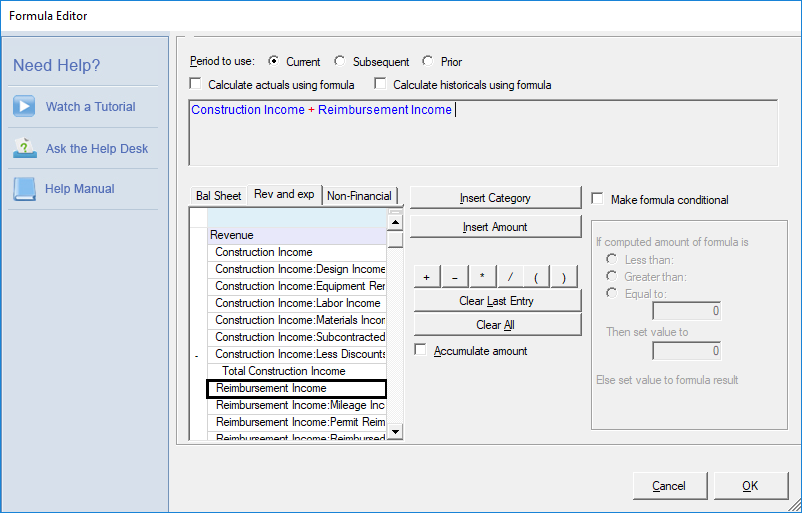 Edit Within Formula - You will now be able to simply edit any section of a Formula within the Formula Builder, without having to fully rebuild it.

Payroll Schedule Security - Adding an option within Security to allow/not allow access to the Payroll Schedule. Something users have asked for for awhile, as many find the payroll utility useful, but don't want other users to see that info. Now users can be locked out of payroll in the permissions setup.

Payroll Schedule Annual "Step Up" - Addition of a method where you would input a salary, then input a rate to increase that salary by year after year. (Coming later in Q1)

EBITDA Calculation - Coming in Q2. This will have an EBITDA calculation automatically set up at the bottom of the income statement under Net Income.