How to lock down your Budget for the year, while allowing changes in the Forecast

The "Archive Budget" utility in PlanGuru allows a user to lock down projections made for the entire fiscal year in the budget tab, while allowing the user to make separate ongoing changes in the forecast tab.

When you are initially setting up a scenario in PlanGuru, you will notice that your budget and forecast data are both entered in the same tab: the "Forecast/Budget' tab.

You can begin this process by clicking on "Utilities" > "Archive Budget" on the left side of PlanGuru. 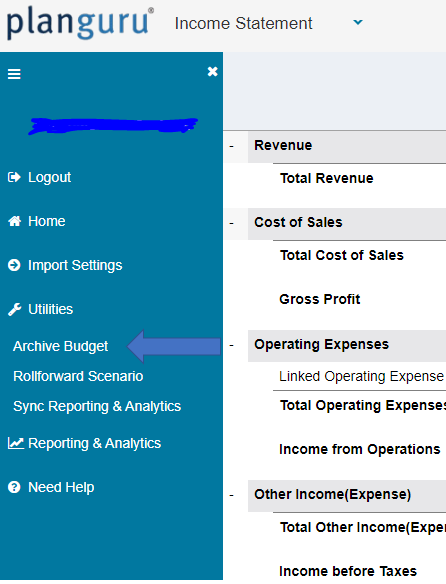 Doing this will lock down the data you entered initially in the "Forecast/Budget" tab by placing it in a now separate "Budget" tab.

This allows the user the ability to maintain a rolling forecast throughout the year, while also retaining the budgeted goals that were put in place at the beginning of the year.